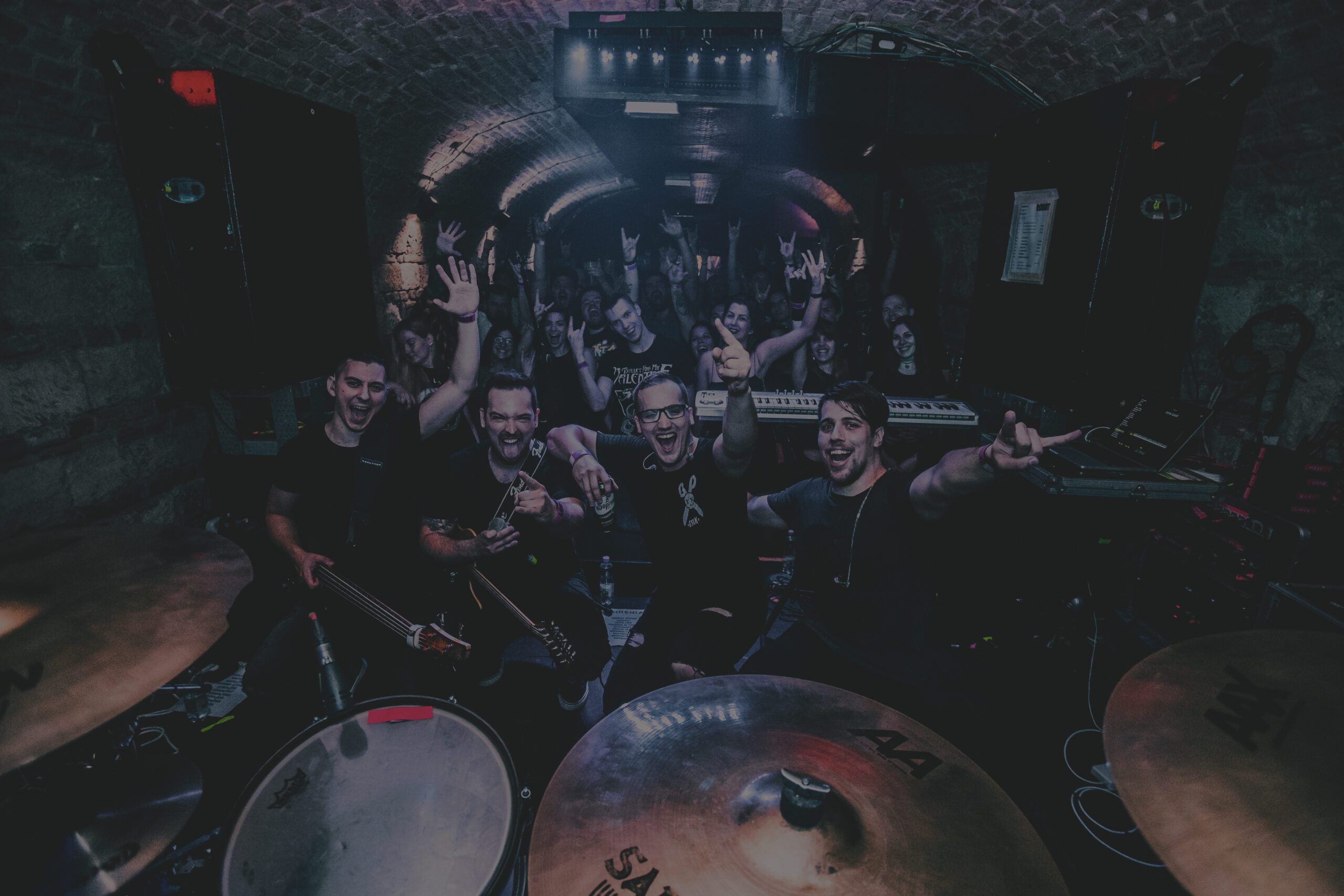 2021 was an exciting year, and as it’s almost over – in this retrospective blog we will re-visit its highlights.

2020 was a pretty quiet year in terms of live shows, and we felt trapped between four walls as every live venue and event was shut down. Seeing the possibility to go out and do shows again in 2021 made us really excited. The first big milestone of the year was releasing our second full length album “Separated” under H-Music Hungary. We’ve put a lot of hard work into this release, and sacrificed almost all of our free time to make it happen. “Separated” was first seen in HammerWorld’s August issue as a supplement CD, but shortly after that it hit the stores.

After the release was done, we locked ourselves up in the rehearsal room almost immediately, and the practising period begun for the already booked summer shows. It was really uplifting to be on stage and perform for our dear audience after almost one and a half years of shut down. We still had this new energy going on and it felt wonderful.

There is no release without a new music video. Our dear friend, Tamas Kiss came up with an idea for our song “Hope Lies”, which included us acting in the music video, which we never did before. It was both exciting and hard to try ourselves out in this position and pull of the exact vibe what Tamas was asked us to pull off. Fun fact: there’s a scene where Julian’s head is under water, it can be seen for one solid second in the music video, but it took us more than half an hour to prepare that, including submerging the camera under water in a random fish tank.

Our last release of this year was an acoustic remake of one of our, well let’s call iconic song, “Falling Down”. The music video was shot on a regular cold weekday at Mojo Club. We only had a couple hours to do the work, because they had to empty the club, so it was shot in record time.

The concert season was great, compared to last year. We finally made it to Slovakia this year, thanks to Magyarság Háza, and had the opportunity to hit numerous stages and festivals including EFOTT and Metal Factory. We had several shows in Hungary and Serbia. The time spent together really brought our little team closer.

We would like to thank all of our dear sponsors for helping us this year:

Huge shout our for Mojo Club and House Of The Tississippi Blues Club for providing us places to shoot scenes for our music videos.

As always, the biggest and most honest thank you goes out to all of you, who keep supporting us, listening to our music and being at our live shows. We can’t be grateful enough.